The Battle of Saratoga 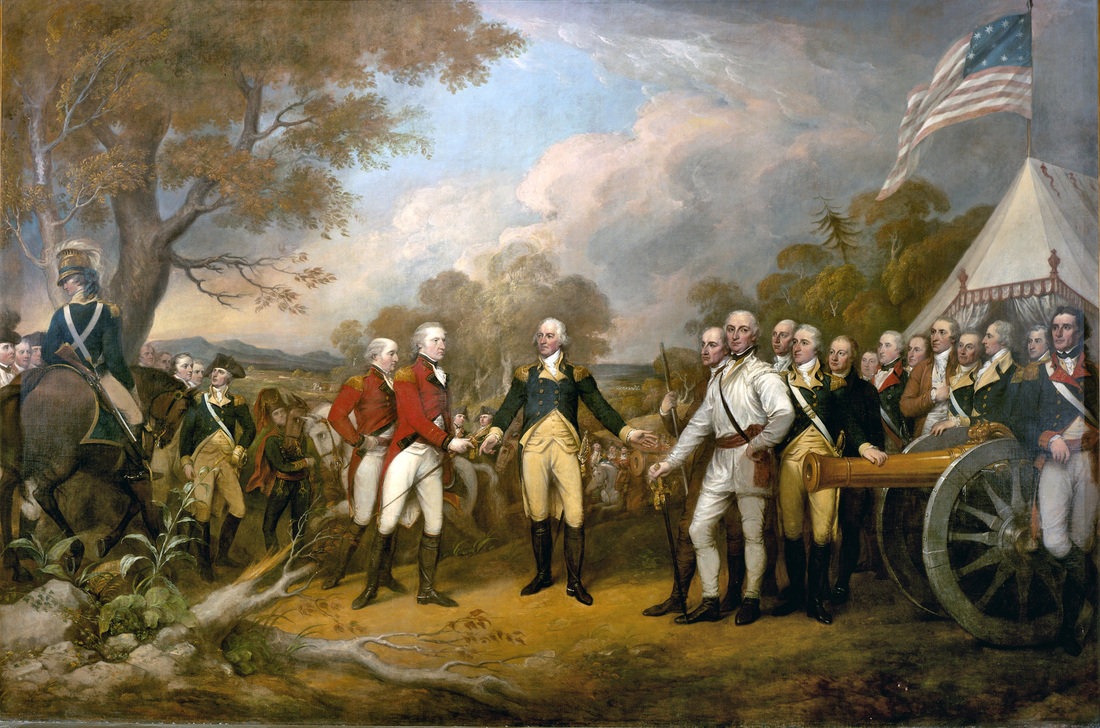 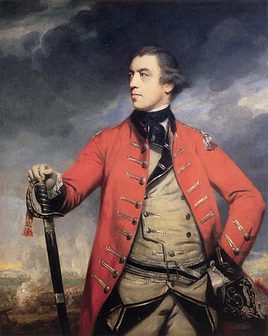 The British had a plan to win the war. They would isolate the Southern colonies from New England using a divide-and-conquer strategy by attacking Saratoga, but first, they needed to regroup.

Troops led by John Burgoyne planned to go from Albany to Montreal, where they would rendezvous with Troops commanded by Sir William Howe. Since he was the commander of all British forces in the Americas, Howe felt that he could fiddle with his orders a bit. Pretty much every British general was smarting quite a bit about what happened at Trenton. Howe especially. He decided to take his army down to Philadelphia and get back at Washington. Washington heard that Howe's forces were moving south, but he didn't know where he'd show up, or when. All he did know was that when they arrived, he'd need to block Howe's way back North.

General Clinton, who was Howe's deputy in New York, sent a masked letter to Burgoyne that when read correctly, said, "General Howe has made terrible mistakes, Washington is making correct moves, Howe can't make it to Albany, I can't have the strength to help you, you're on your own."

At this point, Burgoyne could do two things; retreat to Saratoga and regroup, or go to Albany with only his army. He chose the latter.

Burgoyne and 6000 British soldiers and Hessian mercenaries went to claim the fort by Freeman's Farm and Bemis Heights. He wanted to take over the high ground next to the fort so his artillery could fire inside and flush the Americans out.

As Burgoyne's men marched to make their move, the Patriots tried to decide what to do. Horatio Gates was the senior commander. Before, he was a British general. Even so, he didn't have much experience in battle. He wanted to wait for the British to come to them, but the other generals Benedict Arnold and colonel Dan Morgan flat out disagreed. Gates agreed for them to take the armies that they commanded to go and fight, but not his own.

Arguments between Gates and Arnold left the junior commander out of command for a while. (Remember this!)

Morgan told his marksmen to aim for the officials, artillerymen, and drummers/banner carriers. He had the best marksman in the entire continent on his side, Timothy Murphy, so this task was not difficult.

Eventually in the fighting, the center of the British lines began to crumble, so the Patriots rushed in. Each side was fighting as hard as they could, but Gates refused any request for reinforcements.

When the British lines started crumbling, a British general by the name of Simon Fraser (well respected on both sides) rode in and encouraged and inspired the British to fight harder, even to the point that Morgan had to ask Murphy to take him out.

“Do you see that Gallant officer? That is general Fraser. I admire him greatly, but it is necessary that he die. Do your duty.”  -Colonel Morgan to Timothy Murphy.

With Fraser's fall, the British lines collapsed and they had to retreat to their redoubts, which were difficult to attack.

Meanwhile, Benedict Arnold was in his quarters at Freeman's farm, and he could hear all the fighting going on outside. He was furious. He could hear the shots and shouting, and he knew that men were dying out there. It wasn't fair that he was cooped up in his quarters, when he could be out there, fighting for his country and he couldn't help them!

He couldn't stand for this, so Arnold got his horse and rode out to fight. He told Morgan that he could lead a small group of men to the back door of the fort and surprise the British, if everyone else kept a steady fire to distract them. The plan worked, and the British forces were severely wounded, even so that Burgoyne surrendered a few days later. (A few days after Oct 7, 1777)

Later, Benedict Arnold felt as though he didn't get enough credit for what happened, and completely betrayed the Americans, trying to sneak off to the British with critical American battle plans concealed. Luckily he was caught before that could happen.
The Battle of Saratoga was the first major defeat of the British, which caught the interest of many other nations. This seemingly rag-tag and untrained army had beaten the largest war machine of it's kind in real battle, and taken a large toll on their forces. Of course, other countries were impressed and interested. Many nations lent their support to the Americans after this battle, France especially, signing the Treaty of Alliance with them.
Powered by